How to Run Windows on Mac

The Mac is an excellent machine, and its market share has grown considerably in the past few years.  However, even the biggest Mac fan may need to sometimes run Windows applications.  Perhaps it’s necessary for your job, or there are applications you need to run that only run in a Windows environment.  If that’s the case, and you don’t have the ability to run Windows on a Mac, you’re going to face a choice of selecting one computer over the other, or having two computers.  Fortunately, you can easily run your Windows applications on a Mac, whether you are a light Windows user, or need to do something as intense as Windows software development . We’re going to take a look at a few solutions, such as Parallels for Mac, Boot Camp Mac, and VMWare Fusion, that will help you get into a Windows environment while using a Mac computer.  We’ve used each of these applications in creating and supporting Help Desk Premier, and feel confident that all three are great choices. 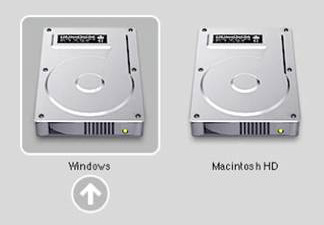 Apple Bootcamp gives you the choice when booting your Mac of going into your Mac OS or Windows.

Apple’s Boot Camp Mac product lets you run Windows on Mac in a native Windows environment. This native environment is built by booting directly into it. Unlike other software methods that allow you to have a Windows environment on your Mac computer, Boot Camp actually runs the full version of Microsoft’s Windows operating system.  It can do this when your Mac has an Intel processor, which most have shipped with for the past several years.

Boot Camp for Mac comes free with Mac OSX 10.5/Leopard/Lion/Mountain Lion and later. This means that unlike other options, there is no additional investment required (except for the Windows OS itself, which is required with all of these solutions). You actually install Windows on your Mac computer when you use Boot Camp, creating a separate Windows partition that only Windows can access.

Bootcamp Mac lets you easily select a partition size for Windows and Mac operating systems with a simple slider control.

You can install Windows XP, Vista, or Windows 7 on a Mac with Boot Camp.  In fact, on some Macs, you can install the faster Windows 7 for 64-bit processors and obtain the performance benefits of the 64-bit operating system.  Boot Camp for Mac also allows you to use Windows native hardware by installing the specific drivers for them.  During the installation process of Boot Camp Mac, you will be prompted to create a CD, DVD or USB Drive with the necessary drivers for Windows.  The process is really quite simple, and lets you have an isolated and native Windows environment.  This is ideal for heavy Windows users, such as those who may prefer a Mac for their personal life, but for their professional life use Windows heavily.

The main drawback of using Boot Camp for Mac to run Windows is that Apple provides only very limited technical support for it and the Windows installation process.  Another drawback is that you have to reboot to switch between operating systems.

Parallels for Mac Lets You Run Windows on a Mac 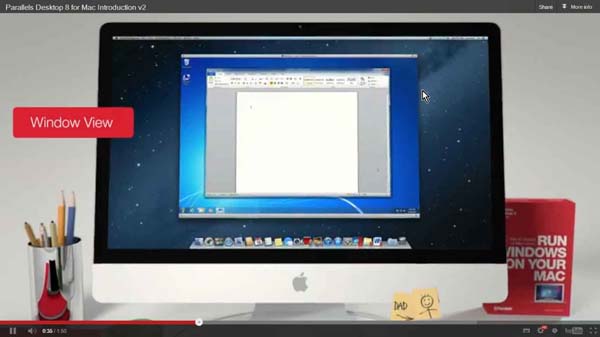 Parallels for Mac runs in Windows mode to let you easily distinguish your running Windows partition from your Mac partition.

You’re busily working away on a project under Mac OS X and your boss drops a hot project in your lap that he needs done immediately. You’re working on a large video file and you haven’t rendered or saved it yet, and now, with this new project, you don’t have time. Even worse, the new project requires you to use a piece of software that only runs in a Windows environment. What do you do?

Well, if you have Parallels for Mac, also known as Parallels Desktop 8 for Mac, you simply open the program, and get to work, without worrying about having to reboot your Mac and losing the work you’ve spent all morning accomplishing. Parallels bills their Parallels Mac product as the most tested, talked-about, and trusted product that allows you run Windows on a Mac. 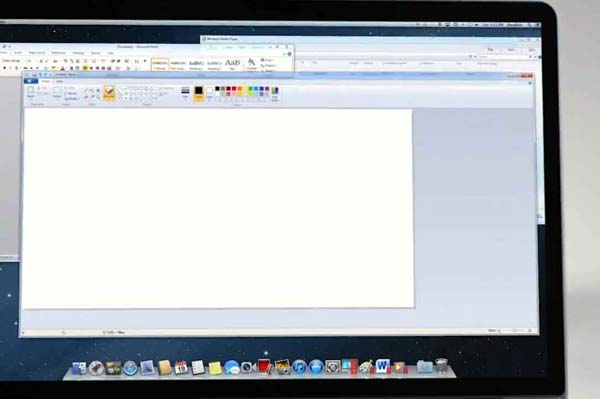 Parallels Desktop for Mac Integration mode lets you easily launch Windows applications from within your Mac.

Parallels for Mac also lets you run Windows and Mac applications concurrently. This is especially helpful if you’re working on a project that requires you to move data, or multimedia projects between platforms.  In the real world, Windows and Mac don’t get along very well, but with Parallels for Mac, they actually collaborate quite well together.

With Parallels for Mac, you decide how much of the Windows experience you want.  You can have a small window with Word and Paint open, while the rest of your desktop runs Mac applications, allowing you to effortlessly move information between environments, or, you can go full-screen and have your Mac emulate a Windows PC. 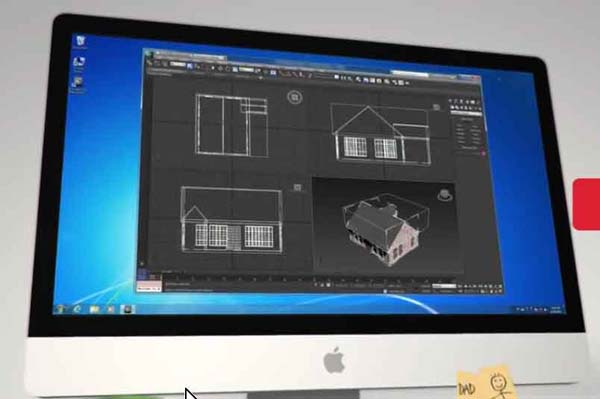 For those who prefer full-screen mode, you can let Parallels run full screen when you’re in a Windows-only mode.

There’s also a Parallels Mobile app that lets you create a Windows environment on your mobile Apple device. Say you’re on the go with your iPad, and your boss tells you he needs some annotations to a Word document immediately. You don’t have time to get back to your office. No problem, just launch Parallels Mobile on your iPad, and then Word, and make your annotations of the fly. 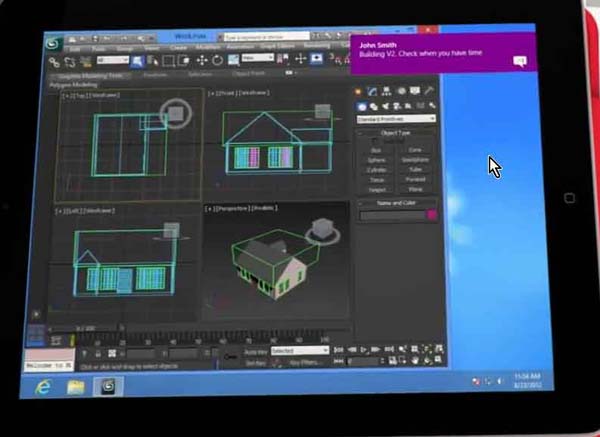 Parallels Mobile allows you to access and use Parallels Desktop for Mac on the go.

For those that don’t have a Windows PC at home, but want to be able to play video games without having to buy a console, Parallels for Mac lets you run Windows on the Mac and play all of your favorite Windows games, like Call of Duty, Need for Speed, and Assassin’s Creed. 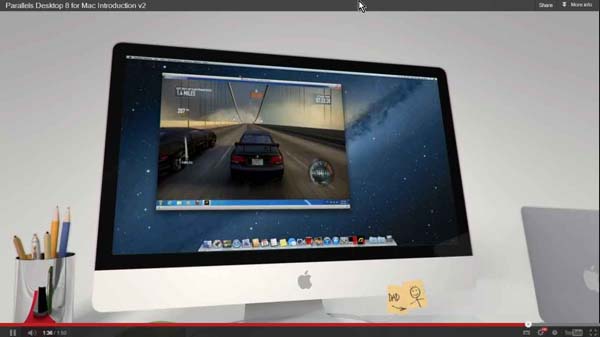 For the gamer, you can easily run popular windows games on your Mac with Parallels Desktop for Mac. 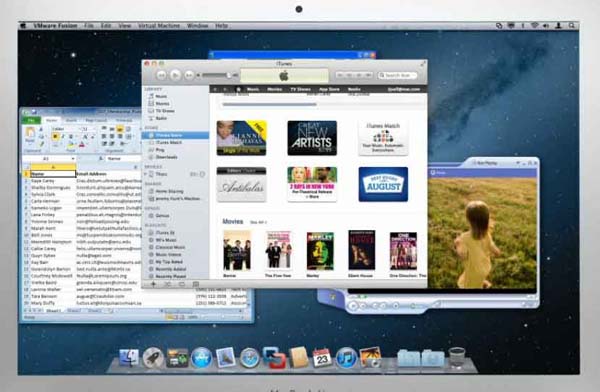 VMWare Fusion lets you run Windows programs on your Mac

Although most of the advertising for the VMWare Fusion products seems to be aimed at the home market, the product is also quite helpful for business users. VMWare Migration Assistant will let you transfer data from Windows to your Mac.

As an example, their webpage touts the VMWare Fusion PC migration assistant. This is a tool that helps home users move their data and programs from their PC to their Mac. However, those in IT also know how helpful a migration tool is. Most IT pros use migration tools when they upgrade systems from one Windows version to the next. 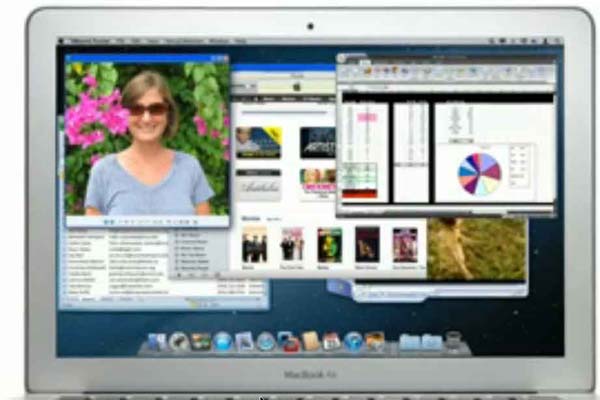 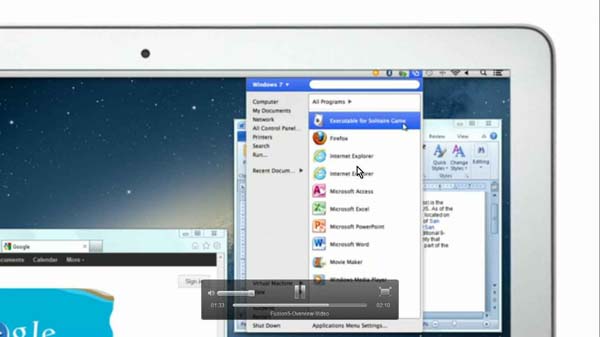 The Windows start menu can be launched easily from within VMWare Fusion.

For those that have gotten used to Mac-only shortcuts and gestures, VMWare Fusion doesn’t make you have to forget them when you run Windows on Mac. With VMWare Fusion, you can run Windows on your Mac in full screen Unity View, or in a single window view. For those users that have devices that only work on Windows machines (GPS devices, some cameras, joysticks, media players, etc), VMWare lets you “trick” them into thinking they’re being plugged in to a Windows machine. 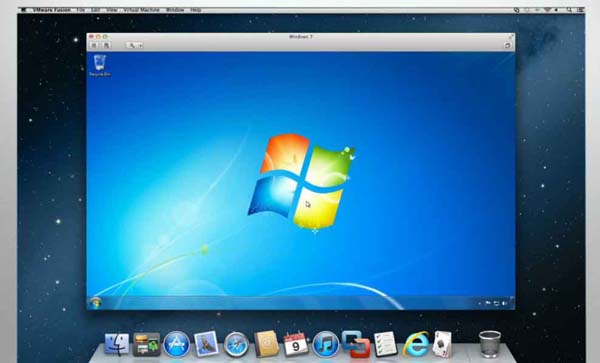 VMWare Fusion lets you run in full screen mode so you have a self-contained Windows workspace, if you prefer.

As stated above, Apple’s Boot Camp makes you decide what operating system you want to boot into at the time of boot, but gives the added security of a separate partition for your Windows applications and their data.  VMWare Fusion lets you work with that heretofore hidden Windows partition, without having to reboot every time you want or need to switch operating systems.

All of the above are great options, and the choice really depends on your needs and preferences.  If you need an intense Windows environment, perhaps running SQL Server, development tools, multiple Windows services, etc, then maybe Boot Camp Mac is your best option.  Parallels Desktop for Mac and VMWare Fusion are similar products and both great choices for less complex Windows needs.  They both also free trials, so check them out and let us know what you think.

Try Help Desk Premier free for 30 days or give our online demo a spin.